AIR MASS: Is A Volume Of Air Defined By Its Temperature And Water Vapor Content. Air Masses Cover Many Hundreds Or Thousands Of Square Kilometers and sometimes as high as the top of the troposphere (about 10–18 km [6–11 miles] above the Earth’s surface), And Adapt To The Characteristics Of The Surface Below Them.

An air mass forms whenever the atmosphere remains in contact with a large, relatively uniform land or sea surface for a time sufficiently long to acquire the temperature and moisture properties of that surface.

Once An Air Mass Moves Away From Its Source Region, Underlying Vegetation And Water Bodies Can Quickly Modify Its Character. 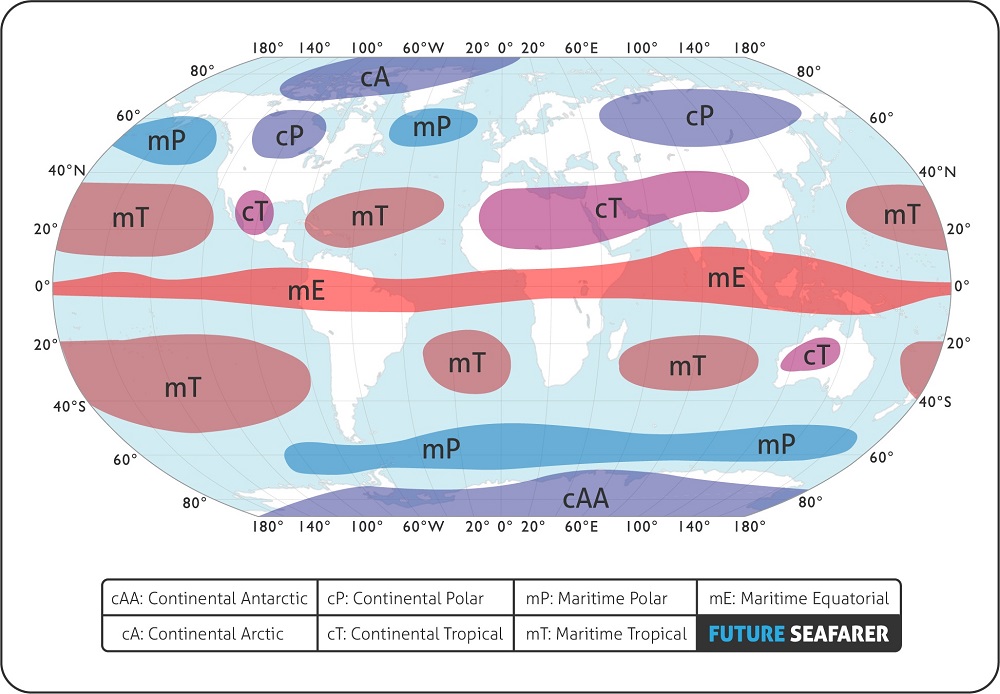